TEN years after the start of East Asia's financial crisis, some economists are fretting that the region is heading for another bust as abundant liquidity and low interest rates inflate bubbles in shares and housing. The bursting of property bubbles in 1997 played a big part in the region's economic and financial meltdown. Average house prices fell by 20-50% in real terms in most countries between 1997 and 2003. In Hong Kong, nominal prices slumped by as much as two-thirds.

China escaped relatively lightly in 1997-98. But today a collapse in house prices could have nasty consequences—more severe than a bursting of its stockmarket bubble. That is because 80% of China's urban households now own their home (in America, the national figure is 69%), compared with only around 10% owning shares. It is fortunate, therefore, that for all the talk about a housing bubble, by most measures it does not exist." 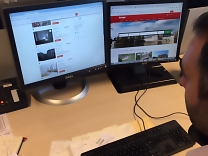